A wonderful opportunity to indulge yourself for a whole afternoon searching out those fantastic books that you’ve been dying to read while you have a free drink. It’s too hot to go outside and garden – all you can do is lie in the shade and read and read. Bring the books that you have enjoyed to swap for another few hours and days of pleasure reading and reading.

There are over 6000 books to choose from all carefully sorted out by Jim so that you can find them easily. If it rains you’ll find the books in the Foyer Rural but otherwise outside in the garden at Jim and Jenny’s home at 5 Chemin des Ecoliers, Labatut-Riviere. Remember the books are free but its an opportunity to make a donation to those good causes Les Amis des Animaux and Chat 65.  You’ll also meet all those other readers who’ll give you their recommendations about the best books to look out for. Jim has been sorting out the books for over 12 years now. Its a great service to English readers. Decorate your home with books. (Perhaps you can be tidier than I am – this is my current pile waiting to be read). Delight your mind with stories from the great storytellers!

The small bouquiniste in Maubourguet has made a delightful window display  connected with Robert Dellerue’s photographs, The Republic which interrogates democracy. The photographs are part of the exceptional festival of photography, the”Quinzaine de l’image” organised by Peleyre Association in Maubourguet and Madiran. It is also not to be missed – its fantastic, thought provoking and some are very beautiful. You will find the photographs all over the villages, on the streets, in the shops, on the fences, at Peleyre and at the Maison des Associations in Maubourguet.

fire-wrapping the furnace of families flaming

flaming closer to the crying fire-wrapping

fire-wrapping the people who perish flaming

ash and cinders cinders and ash

This poem is about the people who lived in the tower. Underneath it lies the refusal to make good fire regulations and a willingness to blame the victims. I do, however, want to honour those men and women of the fire brigade who undertook the desperately dangerous task of saving people’s lives and will always remember with grief and agony those they could not save. You can read about their experiences by clicking on the link above. 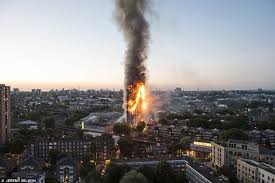 Right and wrong writing and art

My last post had some very interesting comments made about it. I also had follow-up by email and I was sent this NBC News article from the USA which contains a quote that seemed very important for me personally. Thank you to those who sent and forwarded this article. Here’s the quote but the whole article is worth reading. I thought that the most valuable contribution to this debate was made by Lisa Whittington and the least useful was made by the person blocking the painting instead of talking to the artist.

“Art professor Dr. Lisa Whittington, a Black artist who has created two paintings of Emmett Till, says she doesn’t have an issue with a white artist taking on the difficult subject matter, but questions Schutz’s perspective in making the painting.”

“I would ask her, why she did not paint the Emmett Till Story from a white woman’s point of view? Is there nothing that as a white woman that she would want to say? Especially in recently knowing that the woman who accused Emmett Till has admitted that she lied. Where is the artwork that represents her lies?” Whittington said. “The two men who lynched Emmett? Where is the artwork about them? Does she have nothing to say there?”

Whittington continued, “As artists—responsible artists—we are to speak and to document history. We are to tell about life from our point of view from where we stand.”

This story made me once again question myself in relation to my own work. Must a white artist limit themselves to their own culture or their guilt and wrongdoing in relation to other cultures? Who says that this must be so? History? Culture? Society? Can I explore injustice and oppression as I assume Dana Schutz intended to do, only if I have the identical experience? This post has become so interesting, complicated and long so I have decided to split it into two and carry on with the ideas it raises next week as well. I hope that you’ll want to read it and to comment on it. Next week I’ll start with the Brett Bailey Exhibit B. which you can see below. I did want to ask readers what they thought of Dr Whittington’s suggestion to Dana Schutz. Should Schutz respond as a person or as a white-skinned person? Does she have to identify as a perpetrator? Does she have to ask for forgiveness for herself or the whites who killed Emmett Till? How do Germans face up to the Holocaust or South Africans to apartheid? These are some of the questions I want the characters in my next book Hannah’s Housekeeping to face. I don’t know the answers. END_OF_DOCUMENT_TOKEN_TO_BE_REPLACED

Detail of African Garden, an oil painting by Ruth Hartley 1980

This is a rewrite of post on Marginal Scribbling that contains some complicated ideas that need thrashing out with other writers and readers. I intended to repost this anyway but it seemed more relevant after the launch of my novel The Tin Heart Gold Mine because I was asked by Nick Inman how I, as a white writer, wrote Black or African characters. My original post, written in response to a Thought Leader article in the South African Mail and Guardian, raised some of the issues around that question but the answers aren’t straightforward. It’s true to say that I hesitated at first about writing about black characters out of personal and political sensitivities and experiences. I then decided that even if the plot was about skin colour or racism, I was writing about people first and what they think and feel, so I simply went ahead.

The South African writers who inspired me to write questioned racism and white superiority, Alan Paton, Doris Lessing, Nadine Gordimer, André Brink and J M Coetzee, opened doors onto new perceptions and empathies. They continue to illuminate the road to change. They were writers, not white writers.

The world, however, has changed enormously since the end of apartheid. Identity politics concern us and I too have to ask myself who I am and who I am writing about. Writers who write about people different from themselves are questioned as to their motivation and authority. That may be as it should be. We want to hear an authentic voice. Do we also want to prescribe limits to a writer’s imaginative and creative abilities?

Well, by an ironic coincidence, my latest book club read is  The Razor’s Edge by Somerset Maugham. Maugham, the novelist, is a character in his own book but says he can’t write American characters because they are foreign to him and therefore known only from observation. “You can only know them if you have lived them . . . if you are them.”1  In his view, even Henry James failed to create an Englishman after living in England 40 years. I have also heard arguments that a man can’t create a realistic woman and vice versa but in today’s world is it possible to leave out one gender completely or write a book in which there are not people of different skin colours?

If writers don’t make their intuitive leaps into other states of being and other worlds then we’ll never understand each other. END_OF_DOCUMENT_TOKEN_TO_BE_REPLACED

but the photos of my children

grow younger all the time.

My children are ageless too

but their recorded images

They wear braces or smiles,

Their hair is straight or curled,

but in their present flesh

My heart holds them so,

As my eyes hold them loved.

One day I moved some pictures from my dining room wall and saw that there were faint marks around the places they had been. This stirred my heart. I thought of removals and changes and the germ of an idea for this installation was born. I made transparencies from the photos of myself and my husband and all our children and framed them so that the marks on the wall behind could be seen through them when they were hung up.  There were many emotions stirred up by this installation. Every home, every house has ‘ghosts’ in it even when the same people live all their lives there – the ghosts of themselves as young, as infants, as adolescents. What I also found as I looked at the photos were the genetic ‘ghosts’ that haunt us in the physical appearance of ourselves and our children. This was also an homage to my family that was riven by divorce that year 1996.

Cambridge Open Studios is a wonderful idea started by people I knew there many years previously. Artists exhibit every year in their own studios or homes and the organisation coordinates with a catalogue and maps. I took part for many years till I left Cambridge and took part in the Artists Network Bedfordshire Open Studios.

Sign up to receive news and blog posts by email. Join Ruth’s art and storycraft discussions, ask questions, give feedback and chat with other readers and with Ruth.